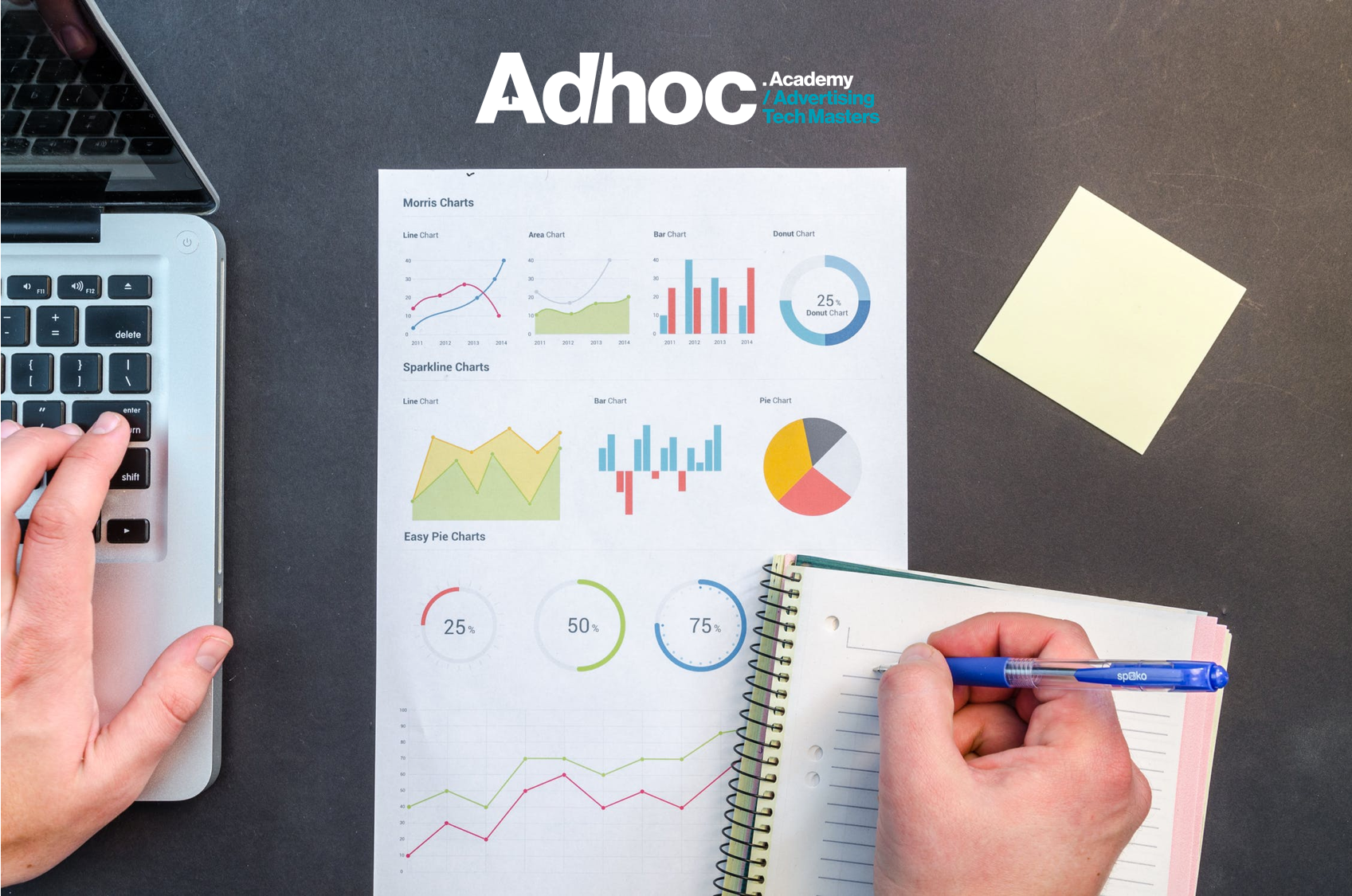 Earlier this year, Google announced that it would phase out 3rd-party cookies in Chrome by 2022. And that plan stands, at least for now.

Marketers and ad agencies already expressed alarm over Google’s plans, while a business group within the W3C approached Google formally to ask to postpone the move in light of the ongoing coronavirus situation (and until alternatives are in place).

Google already answered that “a discussion around adjusting timelines is premature”, meaning the tech giant isn’t going to extend the deadline.

Even if Safari and Firefox have moved 1st to block 3rd-party cookies (last week, Apple confirmed that it had completely blocked all 3rd-party tracking by default on Apple’s devices), Chrome dominates the global desktop browser market and this decision (and roadmap) “could hurt digital businesses, consumers and innovation”, said in a statement the ANA and the 4A’s.

To note: when the 2nd version of IAB EU’s Transparency and Consent Framework (TCF) for GDPR compliance comes out of beta on March 31, it still won’t integrate with Google.

But it should be just a matter of time as IAB EU has decided to give companies more time to get comfortable with the new specs, and Google already stated that will integrate by June 30th.

Other sources: see in the LinkedIn comments. 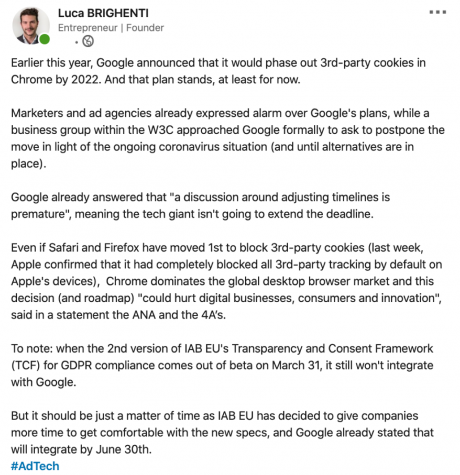 The certification names are the trademarks of their respective owners.